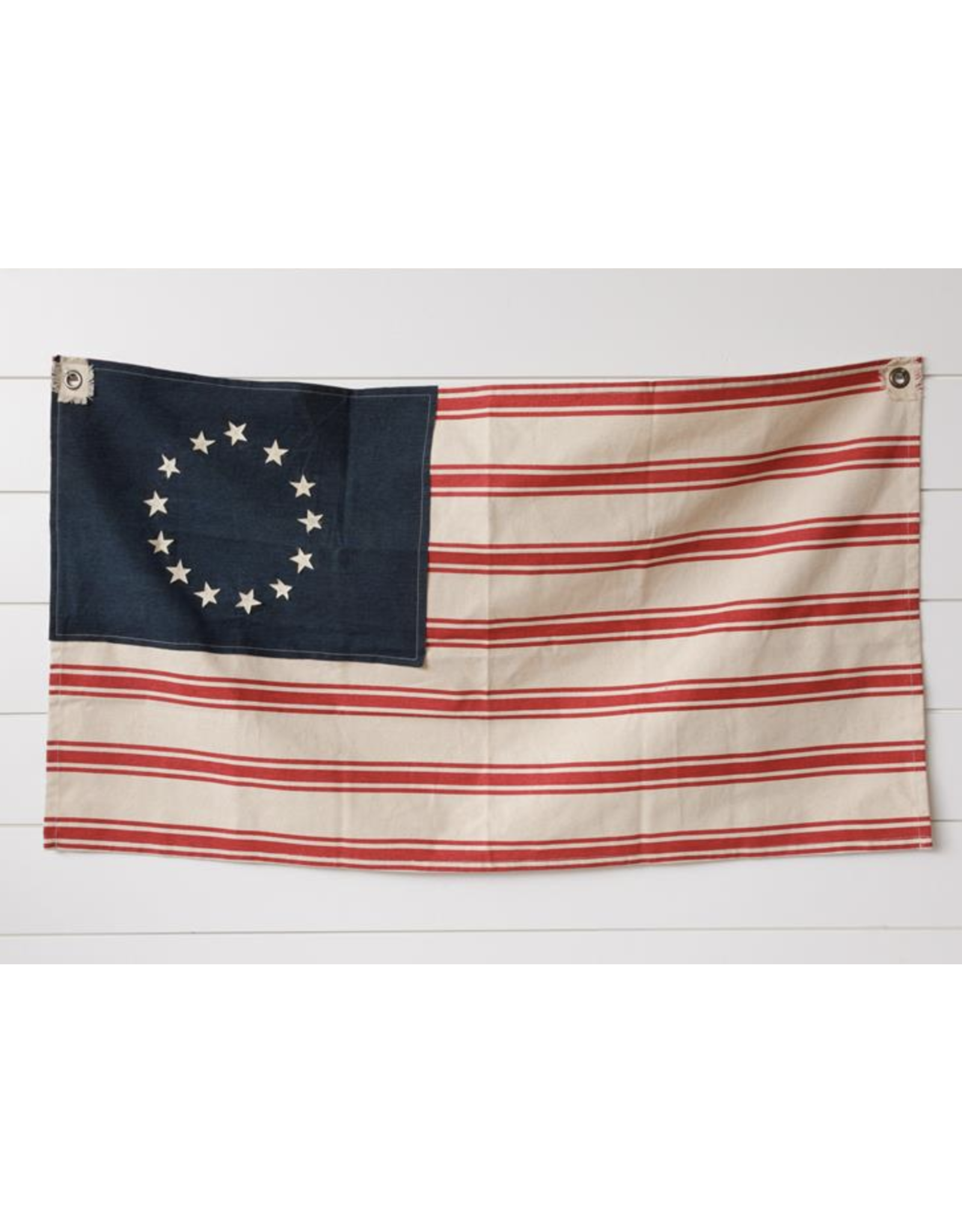 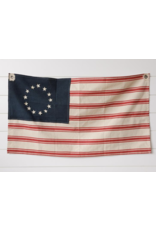 Made to replicate a vintage flag, this is an early design of the Flag of the United States, popularly attributed to Betsy Ross, using the motifs of alternating red-and-white stripes with five-pointed stars in a blue canton. The flag was designed during the American Revolution and features 13 stars to represent the original 13 colonies that fought for independence during the American Revolutionary War. The distinctive feature of the Betsy Ross Flag is the arrangement of the stars in a circle. Made to replicate a vintage